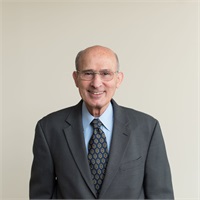 After working for 5 years as Finger Print Technician with the FBI in Washington, D.C., he decided to change career paths and began working for what was known as Acacia Mutual Life in 1967.  It was there that he became securities licensed, receiving both his Series 7 and Series 63.

After years of hard work and dedication, he became 1980-81 President of the Prime Georges Life Underwriters Association, currently known as NAIFA of Greater Potomac. In addition to being an active member of the Association, he also taught Life Underwriting courses on investing and insurance to fellow agents.

In 1986 he earned the Life Underwriter Counselor (LUTCF) designation, at that time the Mutual Fund industry was growing by leaps and bounds and it had become a significant component of helping his clients reach their retirement goals.

In 2007, Tony was provided the opportunity to join Mark Cecil as a member of Wealth Advisors Group, LLC.  Tony’s lifelong motto has always been to do the best you can for your client by always having their best interest at heart. Since joining Mark, he has been able to continue to offer his clients the same value in addition to the team-based approach to having both significant personal attention and dedicated investment management.

Tony was born and raised in Martinsburg, WV.  He attended American University in Washington, D.C. Tony has been married to his wife, Judy, for 51 years and they now reside in Hagerstown, MD.  They have 2 daughters, Stephanie and Jennifer and 5 wonderful grandchildren.

Tony has always been very active in his community.  He is a Life Member of the Knights of Columbus and dedicates many hours of his time to his church to benefit those in need.